Rodriguez: 'Apologize for What?' 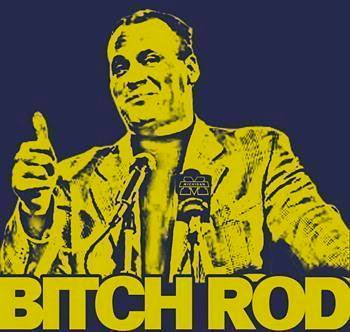 The war of words between Michigan coach Rich Rodriguez and West Virginia continued, with Rodriguez holding a conference call with reporters to defend his departure from Morgantown.

Rodriguez acknowledged shredding documents and making calls to Michigan recruits on this West Virginia cell phone. He said the papers that were shredded were all personal and that he made no recruiting

calls before resigning to take the Michigan job.

He also said he is the victim of a smear campaign.

"You read the thing about erasing all the academic files, and then the next day, you read, 'Oh, no, we have the academic files.' So the corrections are on Page Six, and the lead story is on Page One. I'm thinking, OK, so you just let it pass because, eventually, people will realize there's a different agenda why they're doing this. But I just want everybody to move forward."

A report in Thursday's Charleston Daily Mail detailed phone calls made by Rodriguez, including 112 "suspicious" calls made to the same number Peterstown in his final two months on campus. But it turns out those calls were made to Rodriguez's voicemail box. Peterstown has the AT&T cell tower that routes Morgantown voicemail.

As some people put it, West Virginia, get a life!
Posted by dawizofodds at 4:07 AM

It's important to not confuse the facts with the emotional outbursts in this situation.

RR secretly met with UM in Toledo. The news of his moving to UM was first revealed by a recruit. He resigned via grad assistant. RR is trying to get out of the contract he signed... it's been nothing but a string of shady moves on his part--that and his promise to be in WV for a long time is what people are most upset about.

RR is playing the PR war just as much as everyone else.

He pays his buyout (via UM donors), gives a half-hearted apology, and everyone can move on.

this is looking worse and worse for/towards WVa fans every day IMO.

the only thing RR is not doing is paying his buyout in a realistic time. Then again, I have no idea what an approproate time is??

coaches leave. players leave. get over it.

Most coaches who sign a contract with a $4 million buyout don't leave four months after signing the deal and then refuse to pay the buyout. In fact, can't think of any off the top of my head. Calling Michigan recruits before resigning also looks like a no-no. Again, can't think of another coach who has done this. Those are probably the two things that have WV in a tizzy and rightfully so IMO.