Here is video of Texas' Chris Jessie, a member of the football operations staff, stepping onto the field to touch a live ball during Thursday night's Holiday Bowl in San Diego. The first word that comes to mind is idiot.

Now who in the hell is Chris Jessie? His stepfather is Longhorn coach Mack Brown. And the Sporting Orange claims to have found his MySpace page. Not good, my friends. No good.

The Texas sideline was quite animated throughout the 52-34 victory over Arizona State and received two warnings. Frankly, the Longhorns should have been penalized several times for having coaches and players step onto the field during live plays. But as they say, it's only cheating if you get caught.

Onto the game. Our friends at Image of Sport were on the scene and turned in another top-notch effort. Image of Sport is a one-stop sports photography wire service and digital archive to meet the demands of daily newspapers and editorial publications. You can view the complete gallery from the Holiday Bowl by clicking here. 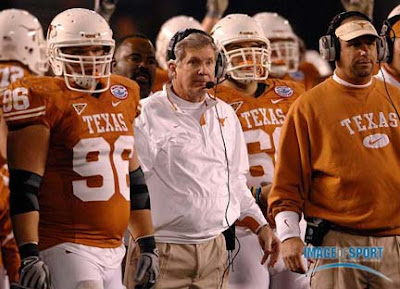 Check this out: A rare shot of Brown and his staff legally staying off the playing field during a live play. 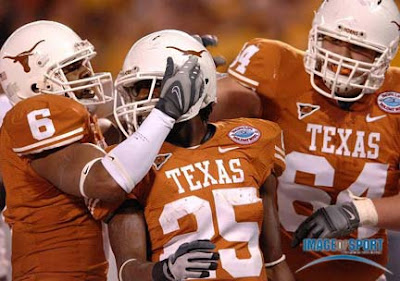 Jamal Charles ran around, through and over Arizona State defenders on his way to 161 yards and two touchdowns. 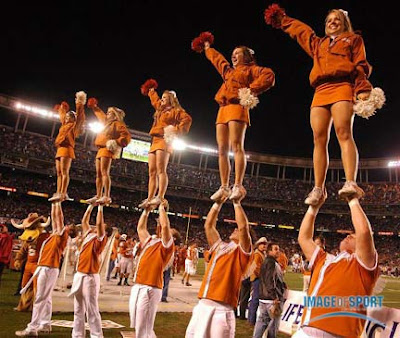 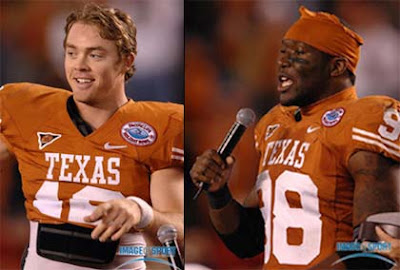 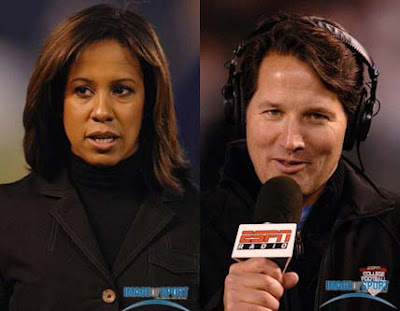 Update: Below are three images that have already been located online of Jessie. The first is from his reported MySpace page. The second, well, we're not sure about that one, but he certainly seems a tad old for that form of activity. This kid is really lucky that Texas won. Otherwise all hell would have broke loose in the Longhorn State.

The third image is of the play in question. Note how many other Texas players and coaches are on the field during a live play. Like we said, this was the case throughout the game and the Longhorns received only two warnings in addition to the penalty on Jessie, which didn't come until after a lengthy review. It certainly seems like something strange happens every time the Longhorns play in California, doesn't it? Thanks to Deadspin. 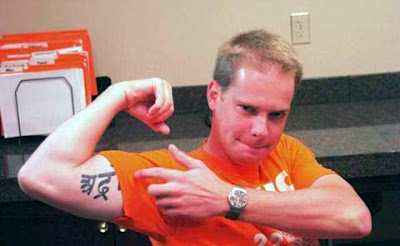 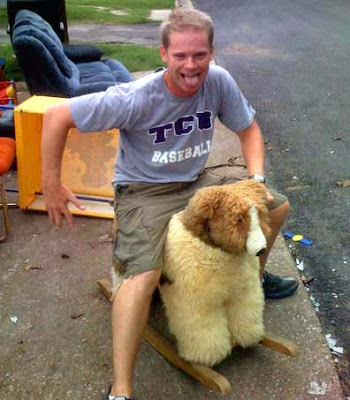 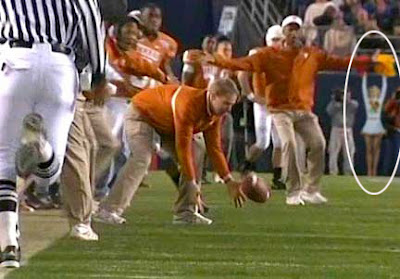 Posted by dawizofodds at 3:25 AM

Who is Mack Davis?

1. Don't think anyone touched the football.
2. Love the enthusiasm of the Texas sideline.
3. I've never watched a college football game where coaches weren't constantly running onto the field.
4. Sorry your team got clocked!

You can end the coaches-on-the-field problem very easily. One flag. 15 yards. No more coaches on the field.