Even the N.Y. Times Is Picking on Rutgers 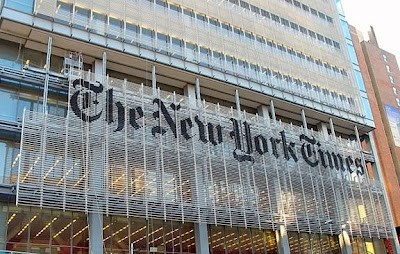 If Rutgers didn't have enough troubles, now the New York Times is criticizing the university for the buildup of its football program. An editorial titled "Football Fantasy at Rutgers" ran last week:

"In a logical world, Rutgers officials would swallow their egos and admit that their football fantasy was ill conceived, especially in view of New Jersey’s huge debt. They would scale down the stadium project, especially since the university couldn't even fill the existing stadium when the team had losing seasons.

"But logic has not been a noticeable trait among the leadership at Rutgers, nor with the State Legislature, where the largest measure of blame lies. Rutgers is a public university, and its spending should be monitored closely by state officials. But Gov. Jon Corzine and most of the state legislators are big Rutgers football fans, and that does not make for much of a check on spending."

Coach Greg Schiano also addressed a report in the Newark Star-Ledger that a buyout clause in his contract is tied to the completion of Rutgers' stadium project:

"There was speculation that there is some letter or an addendum to my contract that says there's a buyout [waiver] and there's no such thing. Did we talk about it? Yes. Could I have had it if I wanted? Yes. But I'm part of something bigger than just football. I'm part of Rutgers University and I thought the commitment was there so I didn't want to do things that way. When you're part of something, there has to be trust."

Wonder if officials in Penn State are paying attention to all of this?
Posted by dawizofodds at 11:11 AM

Wonder if officials in Penn State are paying attention to all of this?

PSU is a monster program, just like USC, waiting for a powerful coach to come along and wake up the recruiting fields and secure the borders of Pennsylvania. They're the lion in Winter right now. Paterno's inert-ness, yet the team's consistent D and flashes on O show the underlying mettle that is smoldering beneath the surface. To liven things up they should poach coach Fickell from Ohio State- which they won't but that would cement their rivalry with OSU as approaching something more on par with OSU's Michigan matchup.

I'm an Ohio State guy, but I want PSU at the top of their game, too.

This must make Rutgers the John McCain of College Football

Really lazy of the NYTimes to not bother checking their facts before publishing this joke of an editorial.