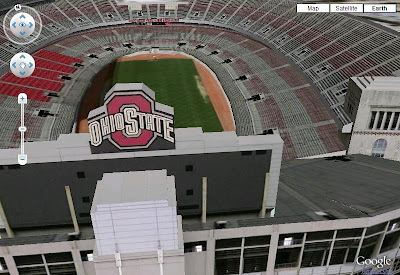 Richard at Map Game Day writes to say that Google has just released the Google Earth plug-in for Internet browsers using Windows. This means you'll be able to view Google Earth and college stadiums in 3-D right from the comfort of your browser.

Currently about 40 stadiums have 3-D animation capability and Richard has links to several of the stadiums on his site, as well as links to NFL 3-D stadium maps. Google says support for other operating systems is planned in future releases. 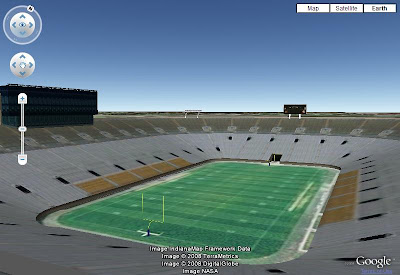 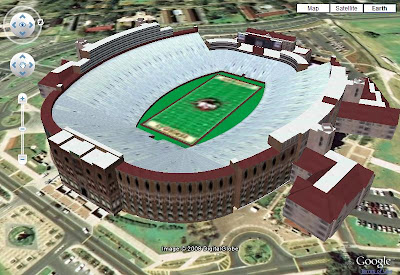 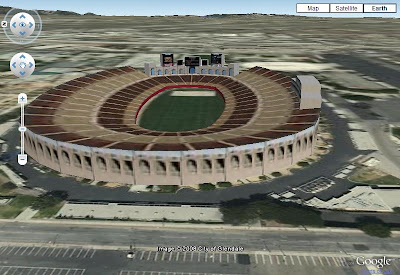 Posted by dawizofodds at 2:24 AM