The Biggest Duck on the Pond 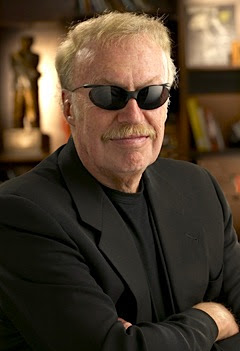 Phil Knight was a middle-distance runner and 1959 graduate of Oregon. He got into the sneaker business and made a fortune, with his worth at an estimated $10.4 billion. He sometimes arrives at Duck football practices by helicopter, landing in a nearby field.

No one knows exactly how much money Knight has given Oregon, but some estimates put it at $230 million. Much of it has gone to athletics, helping to build facilities that are considered among the nation's best.

But not everybody in Eugene is happy about this. There is a growing divide between the academic and athletic community over Knight's influence, highlighted by a planned $20 million academic center for athletes. Professors have criticized the project that includes a water feature that some have likened to a moat.

Oregonian columnist John Canzano says the problem is not Knight. "It's the university," he writes.

"University of Oregon president David Frohnmayer is leaving in 2009. He had a chance to stand for something. He spent 11 years as the state attorney general, but in the end, he goes down as a leader who could have stood for so much more if he would have said 'no' a few times."
Posted by dawizofodds at 4:51 AM

Wiz, I love the site, but as an Oregonian, Canzano is an idiot. He is one of the worst "journalists" I have ever come across.

I think the "divide" that exists has been around for a while, and the heightened interest in it is a ploy by the Oregonian to sell more papers.

For a great sum up of both sides of this issue, please check out the Duck Sports News Blog. The admin over there did a great job with this post.

Having studied this issue and read the article he fails to come up with one concrete reason as to how Oregon has suffered academically via Mr. Knights contributions.

Furthermore there wasn't much emphasis on the millions that the Knights have donated to the academic side including the law school renovation and library.