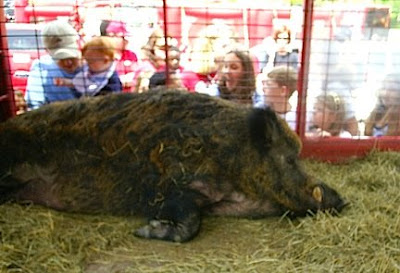 Meet Tusk, the Arkansas mascot who was taking it easy last Saturday during the Razorbacks' spring game festivities. Tusk, a 380-pound Russian boar that closely resembles a wild razorback hog, resides on a local farm when not paraded around in this cage. 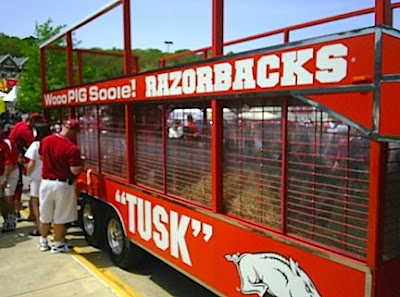 Our man Greg made the trek to Fayetteville to find out what life is like for those living high on the hogs and he came away impressed. 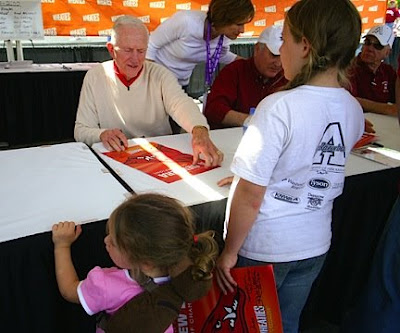 "Let me start by saying this venue was the most active site of the the spring games I attended during this year. Lots of corporate tie-ins, lots of activities and some of the nicest people you will ever meet, especially Frank Broyles [above].

"In talking to him about the color commentaries he provided on ABC college football in the '70s, he actually let me stay in the autograph line while he told stories about those experiences." 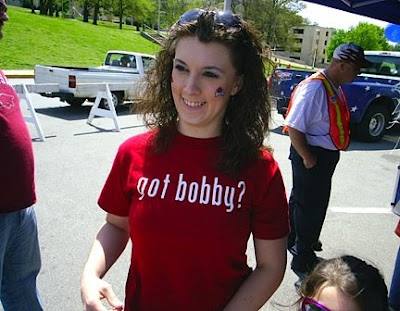 The new Boss Hog in Fayetteville is Bobby Petrino and T-Shirts playing off the popular "Got Milk" campaign were in abundance. 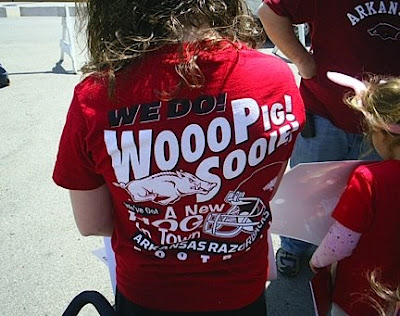 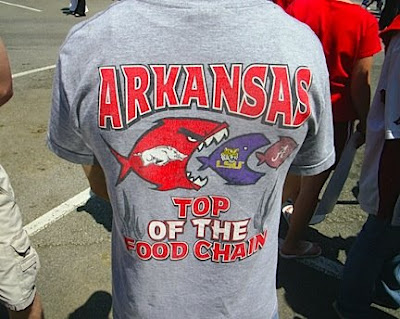 Arkansas fans like to think of themselves as the biggest fish in the Southeastern Conference pond. 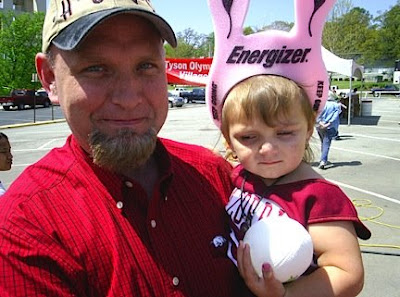 There was no shortage of energy in the air, reflected in this young fan's headgear. 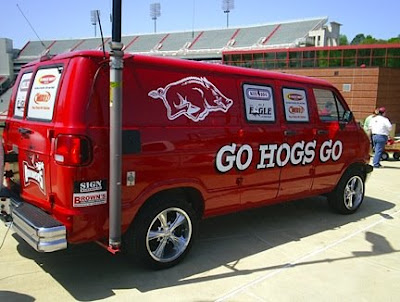 This is how the Razorbacks roll ... 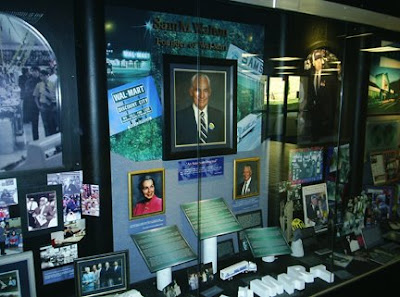 Yes, that's a photo of Sam Walton in the middle of the trophy case. His Wal-Mart billions no doubt helped pay for this. 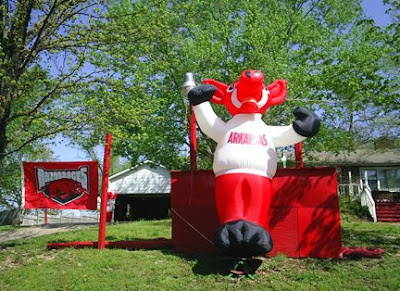 A homeowner near Razorback Stadium gets in the spirit. 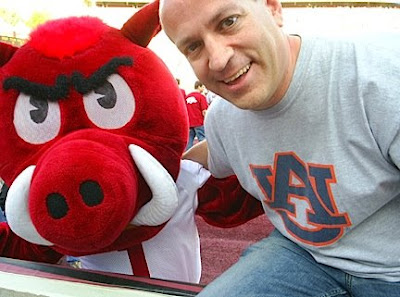 Big Red was on hand to greet Greg as he entered Razorback Stadium. 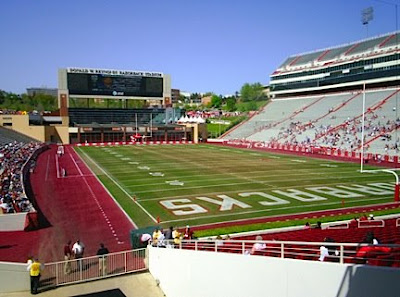 A look toward the open end of the stadium and the "PigScreen," a Smartvision LED screen that is built into the giant scoreboard.
Posted by dawizofodds at 1:34 AM