Will This Lead to Jaw-Dropping Results? 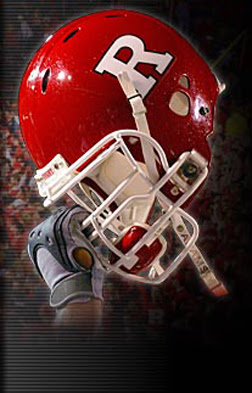 Athletes at Rutgers will be trying out a new mouthguard that safely reproduces some of the effects of steroids and the human growth hormone.

Ninety percent of people don't align their jaws properly, according to the manufacturer's site, which causes facial muscles to be "unhappy." The company said there was a physical connection between these muscles and body posture, which in turn has an impact on athletic performance.

Seattle Seahawk kicker Josh Brown tested the device this past season and while it's unclear if he was paid for his endorsement, it certainly sounds like he's on the company payroll.

"I'm a field goal kicker so at first I thought: Why would I need a mouth guard? But it really did help me this past season. I had five or six tackles which is incredible for a kicker. The mouthguard also helped me run faster because my body was in its optimum position."

The mouthguards are not cheap, running between $800-$1,600 each. And you'll have to visit a Pure Power Mouthguard dentist beforehand.

this is a joke. What is this coming to?? If I live out my life to the expectancy, I might see robots playing football instead of humans.

Why are you guys so skeptical? A professional football player said, "The mouthguard helped me run faster because my body was in its optimum position."

What's that? He's a kicker??? Never mind, I thought he was a football player.

I love these comments, because we get these kind of comments everytime we fit a pro athlete, and then when they experience the results , they do not want to tell anybody, because they want to keep it a secret to themselves. Everybody loves the EDGE. It is easy to critize a product , when you have never tried it, but I challenge you to get one and notice the results. If you do not notice the difference, I will personally refund your money.

Success- Dr. Anil Makkar
CEO and inventor of the Pure Power Mouthguard.
Any questions, e-mail me
amakk@ns.sympatico.ca
Get the scientific facts

Please produce the independent, double-blind placebo-controlled, crossover study of the performance enhancement of your device. Allow us to make an independent objective judgment of this revolutionary device.

You remember one of your best defensive lineman Tomba HALI

HE wears one
I guess he is an idiot as well

People like you will send us back in the Dark AGe

As for double blind study

Coming out in JULY

"You remember one of your best defensive lineman Tomba HALI

HE wears one
I guess he is an idiot as well"

i heard they will be sponsoring a top high school athlete in the s.w. florida area... i'm curious to see the news special and results on this gentlemans athletic career and if he will end up getting any scholarships to big colleges? could you imagine if this thing actually helps students gain scholarships due to increased performance?!?!?!?

Where can we find this paper ?