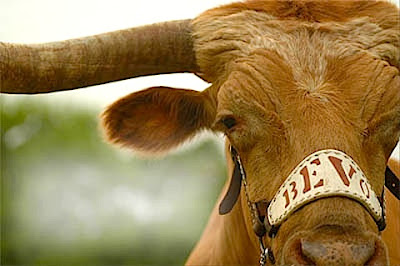 When Texas goes on the recruiting trail, it doesn't have to go far. There are only seven out-of-state players on the Longhorns' spring roster and of the team's 20 recruits signed earlier this month, 19 are from the Lone Star State.

Richard at Map Game Day, who earlier gave us his fantastic recruiting maps, has broken down the 2007 recruiting class into even more detail.

There are two pdf charts. The first breaks down

recruits alphabetically by state. As an example, let's use Florida. There were 347 scholarships given to players from the Sunshine State. Of that number, 238 are going out of state and 109 are staying in state.

The second chart gives a school and state-by-state breakdown, examining the number of players from inside and outside a state's borders. Let's use Alabama as an example. Alabama, Auburn, Troy and Alabama Birmingham offered 120 total scholarships, and of that number, 47 of the recruits come from Alabama and 73 are from out of state.
Posted by dawizofodds at 2:42 AM