For Illinois, a Case of California Creamin' 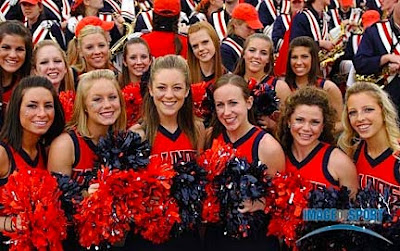 Check out the Illinois cheerleaders, part of the posse that traveled from Champaign to Pasadena for Tuesday's Rose Bowl. The Fighting Illini did most of their cheering before the game. Once they teed it up, USC had its way, smacking the Fighting Illini, 49-17. 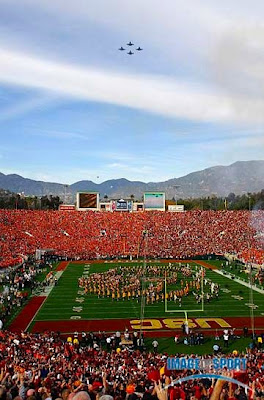 This photo package is the work of our friends at Image of Sport. You can view the entire gallery, including a flyover during the national anthem, by clicking here. 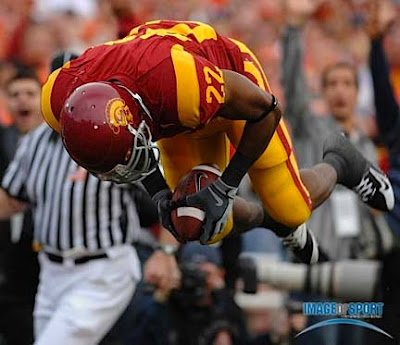 Desmond Reed goes for a spin after his touchdown in the first quarter. Reed got flagged for excessive celebration, one of 11 penalties against the Trojans totaling 130 yards. 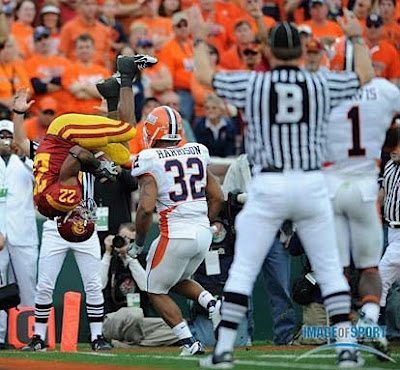 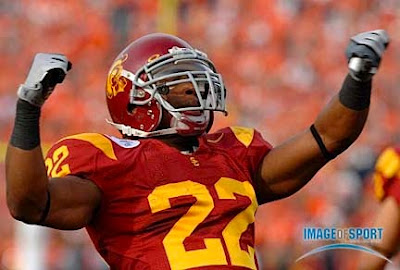 Reed punctuated his play by firing up the pro-USC crowd. Ron Zook, below left, and Juice Williams briefly got the Fighting Illini back into it in the third quarter, but receiver Jacob Willis fumbled after a 24-yard reception near the Trojan goal line. The ball rolled into the end zone and USC recovered. The Trojans went 80 yards for a touchdown and 28-10 lead. The rout was on. 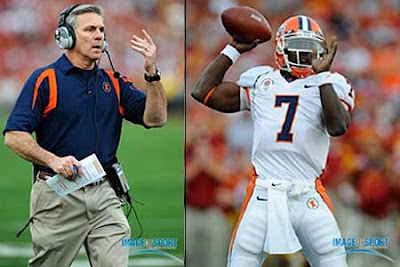 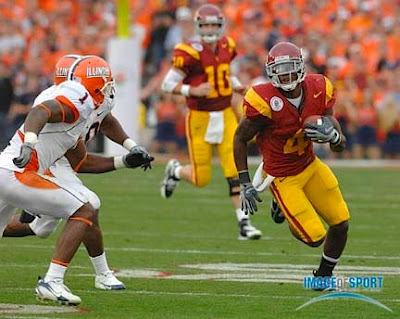 Two players from Louisiana played key roles in the victory. Freshman tailback Joe McKnight, above, arguably could have been the offensive play of the game, but that honor went to quarterback John David Booty, who shares a laugh afterward with Pete Carroll. 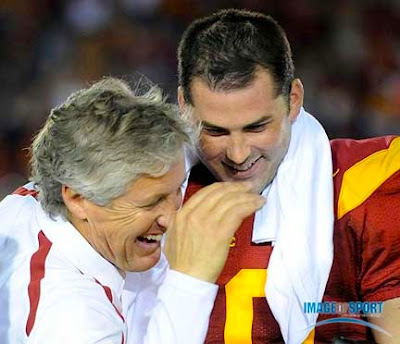 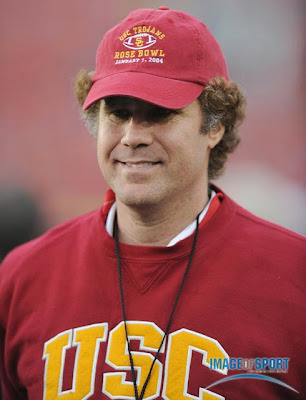 Of course, it wouldn't be a USC game without a celebrity sighting. Trojan honk Will Ferrell works the sideline.
Posted by dawizofodds at 5:41 PM

The Rose Bowl turned to be a wonderful game for the freshman Joe McKnight who played very outstanding. He had 206 all-purpose yards: 36 on three punt returns, 45 on six pass receptions and 125 in 10 carries including one touchdown. The sweep victory of the Trojans is one of the biggest game that Joe McKnight played in his NCAA season.