Is UCLA Job Bellotti's for the Taking? 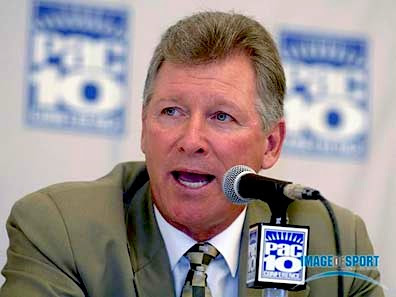 Oregon's Mike Bellotti is now at the top of UCLA's list after a day of dramatic turns in the Bruins' search to find a successor for the fired Karl Dorrell.

Thanks to Image of Sport.
Posted by dawizofodds at 4:02 AM