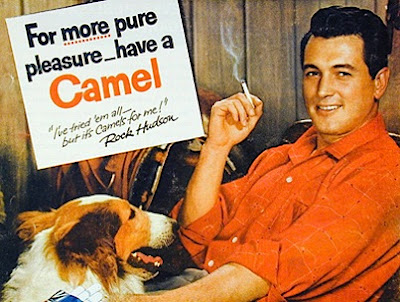 They were called "The Thin Thirty." A more appropriate name, perhaps, would have been "The Dirty Thirty."

A book about the 1962 Kentucky team is raising quite a ruckus in the Bluegrass State. The author of "The Thin Thirty" is Shannon Ragland, and he alleges that a gay-sex connection led to efforts by gamblers to have Wildcat players fix their game against Xavier. Actor Rock Hudson, who died of complications of AIDS in 1985, is said to have been associated with some of the players.

Ragland, a former attorney who pleaded guilty to taking fees owed to a law firm where he worked in the early 1990s and spent time in prison, writes that several players became involved with two gay men, one of whom was a friend of Hudson's.

According to the Lexington Herald-Leader, Ragland contends that the players involved probably didn't view themselves as taking part in gay sex. Rather, he says, they felt they were "gaming" the situation.

"It was like, 'I'm getting paid for doing this? I'm putting something over on them,' " Ragland said. "Most of these guys were from rural areas and modest backgrounds. They had no real concept of homosexuality."

The gay-sex connection led to efforts by gamblers to have players fix the game against Xavier, according to Ragland, who suggests that gambling interests in Chicago made contact through one of the gay men.

"However the connection was made, there were boys who were in a position to be bought in 1962 on the Kentucky team," Ragland writes. "Was it money? Was it blackmail? Was it a combination of both? That is not known."

The plan called for Kentucky to merely fail to cover the 21-point spread, but the Wildcats did one better, losing outright, 14-9.
Posted by dawizofodds at 4:07 AM