Where Football and the Fair Meet 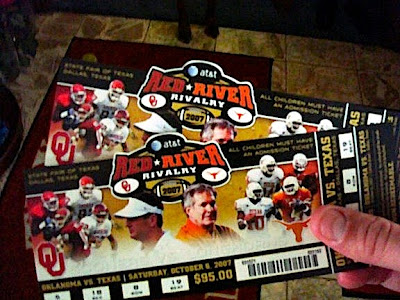 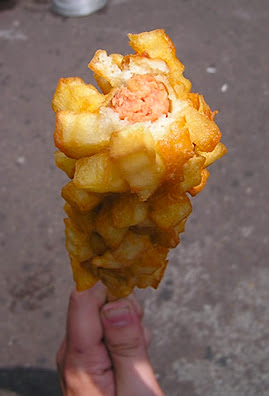 Who says Texas and Oklahoma fans can't get along?

Scott from TV Tan Line attended last Saturday's Red River Rivalry — formerly the Red River Shootout until the corporate world got hold of it — in Dallas.

Now much of the fun surrounds the Texas State Fair, where you can get such mouth-watering delicacies as the ridiculously awesome French Fry Corneydog or a Deep Fried Latte, below.

The Texas Cheerleaders arrived on the scene and had to work their way through puddles to get to the Cotton Bowl, where the tickets are split evenly between Longhorn and Sooner fans. 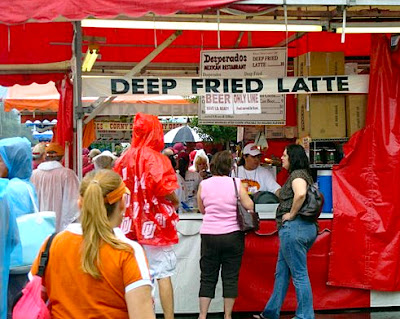 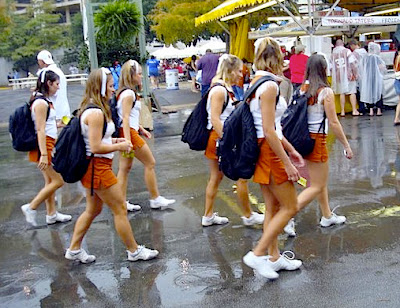 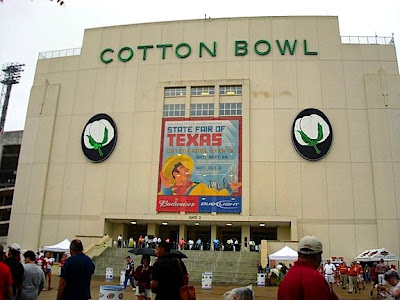 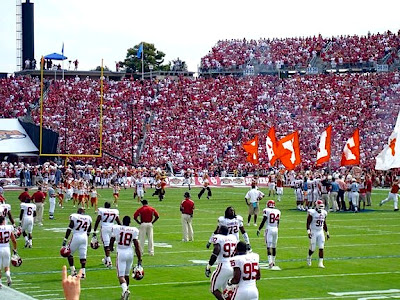 Posted by dawizofodds at 4:16 AM