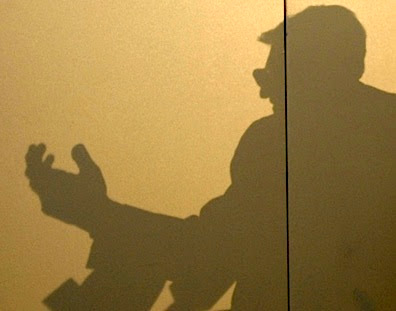 Joe Paterno says his exchange of words with another motorist on campus was blown out of proportion by Internet-fueled rumors and news media speculation.

Paterno, who refused to discuss the matter Tuesday during his weekly press briefing, talked about it for the second day in a row on Thursday. On Wednesday, he acknowledged the incident happened in front of the Penn State Quarterbacks Club. He repeated his story on Thursday night during his call-in radio show, Nittany Lion Hotline.

"I've been accused of road rage," said Paterno, 80. "I was only doing something I've done plenty of times to students."

Paterno said he saw a woman drive through a stop sign on campus and he honked his horn and pulled the car over to the side of the road. "I pointed my finger at [the woman driver]," Paterno said. "I did not give her the middle finger, even if I knew what that meant."

Paterno then told the unidentified woman what she had done and told her that he had her license-plate number. At that point Paterno was approached by a man who told him that the woman was his wife.

"I shouldn't have said this, but I said to him, 'That's your problem,' " Paterno said.

Paterno said he often addresses safety issues with students on campus. "I must do that 10 times a year, because I think students have a disregard for safety," he said.

He also said he was angry with print and broadcast media reports about the incident. "Very, very resentful of the media who are out in left field, because it’s not fair," he said.

University police have announced that no charges will be filed.
Posted by dawizofodds at 4:22 AM

So basically Joe Paterno is like any other 80 year old man who sits on his porch, feeds the squirrels and yells at the kids for driving down the street too fast.

Thank God for men like Joe Pa who still have regard for the safetey of others on the road! Sounds like someone with poor driving skills is screaming sour grapes!!!