Despite Loss, Bearcats Back on the Prowl 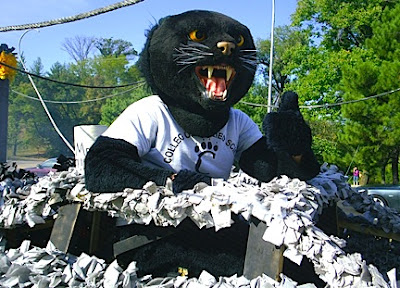 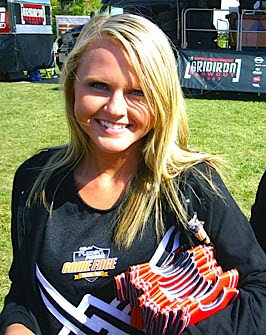 Our man Greg was on the road again, visiting Cincinnati last Saturday for the Bearcats' game against Louisville.

Spirits were high at the homecoming parade, above, and if you didn't care for the floats, there were other visual pleasures, but things didn't go as planned for Cincinnati, as the Cardinals pulled the upset, 28-24.

Despite the loss, the Bearcats remain in the thick of the Big East race. After Saturday's game at Pittsburgh, Cincinnati will have two weeks to prepare for a Nov. 3 showdown at South Florida. 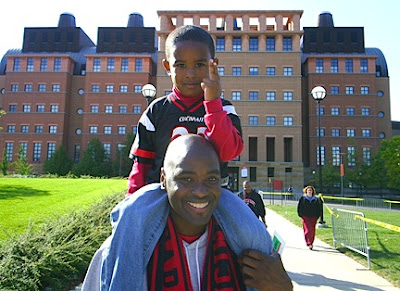 Homecoming brought past and future Bearcats to campus, and there's nothing quite like tailgating on a bright red sofa now, is there? 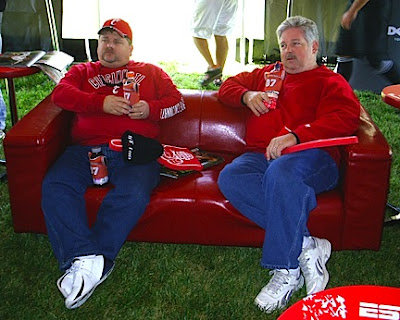 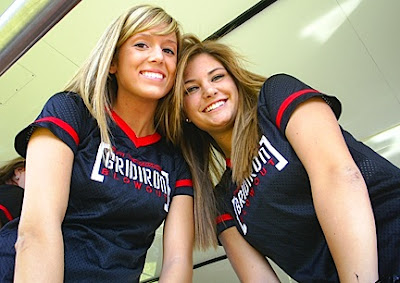 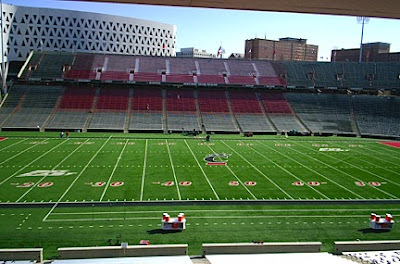 Nippert Stadium is the 10th oldest college stadium in use, having been home to the Bearcats since 1924. The oldest? Pennsylvania's Franklin Field (1895).
Posted by dawizofodds at 12:35 AM