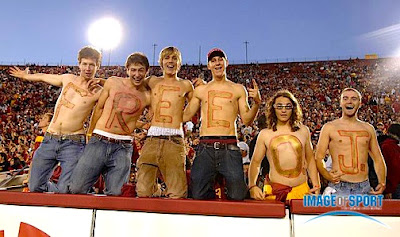 USC wanted to impress poll voters last Saturday when it played host to Washington State, and by most accounts, the Trojans were successful, blowing out the Cougars, 47-14. 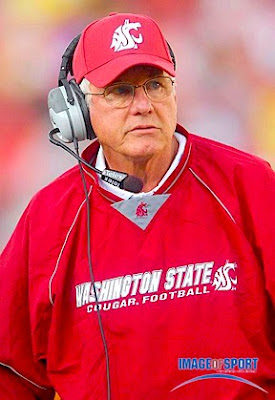 in making a statement. A group of students, above, used body paint to spell out "Free O.J."

These photos are courtesy of Image of Sport, a sports photography service for daily newspapers and editorial publications.

Washington State coach Bill Doba, right, is feeling the heat in Pullman, and his team has a key game Saturday at Arizona. His quarterback, Alex Brink, below, remains among the national leaders in several statistical categories and had two touchdown passes against the Trojans. 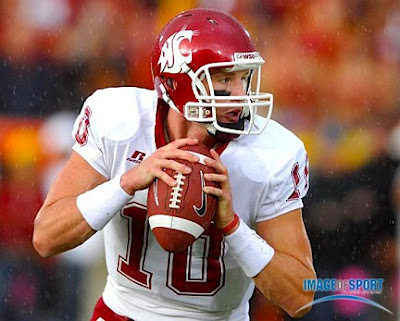 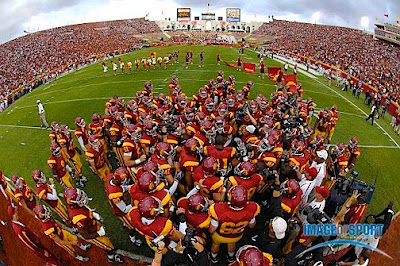 The Trojans huddle up before they are led onto the field by the Song Girls. 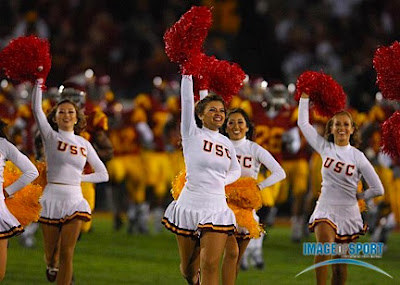 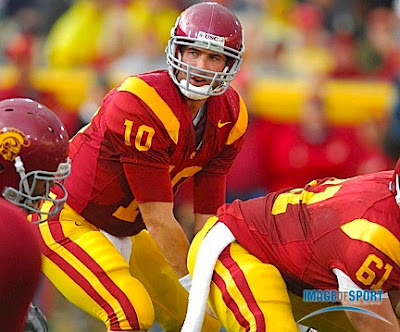 USC quarterback John David Booty had his best game of 2007, passing for 279 yards and four touchdowns. Pete Carroll and his team will go for the Washington sweep on Saturday in Seattle when they take on the Huskies. The Trojans haven't lost a September game since a 34-31 defeat at California on Sept. 27, 2003. 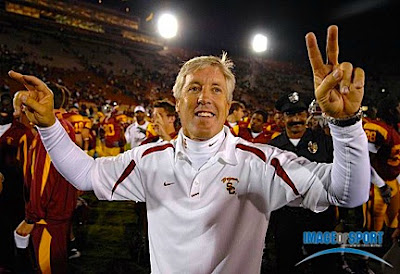 Posted by dawizofodds at 3:30 AM

Can you say "MORONS!"