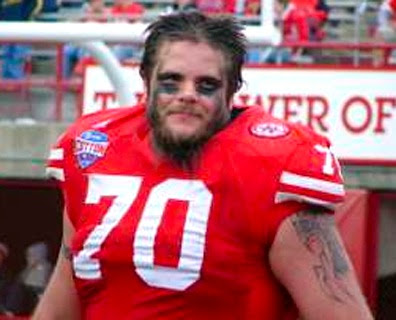 Nebraska is known for producing offensive linemen, and one of the latest models on the assembly line is Matt Slauson, who — shall we say — displayed a rather interesting look during the Cornhuskers' spring game April 14. Nebraska is coming off a 9-5 season and expectations continue to grow in Lincoln, where fans lined up to get into Memorial Stadium. The game drew an announced 54,288, including Jason of Big Red Network, who we thank for the photos. 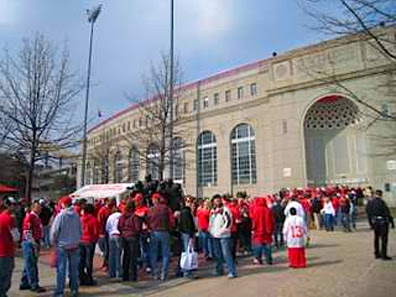 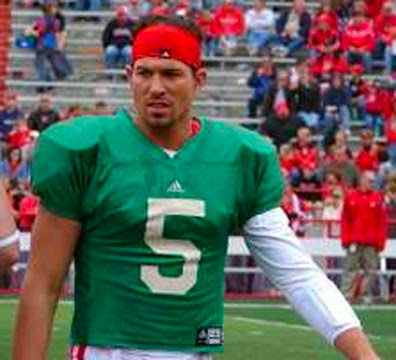 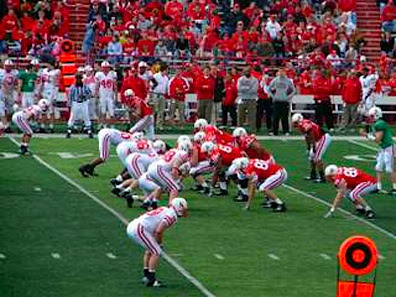 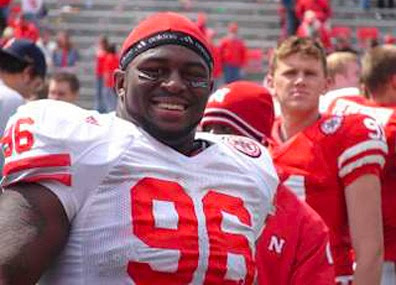 Why is defensive tackle Brandon Johnson smiling? You would be too if spring practice just ended. ... We'd love to run photos from your team's spring finale. Send them to dawizofodds (at) aol.com. Previous spring game coverage: Iowa State, Iowa, Georgia, USC, Auburn.
Posted by dawizofodds at 1:03 AM