Why Nebraska Failed to Make the Grade 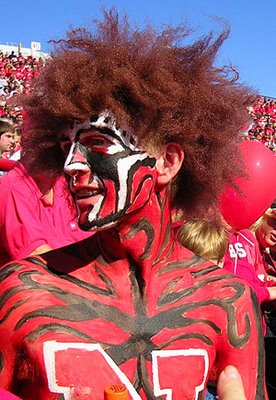 So what's the real story behind the collapse of the Nebraska dynasty? When the Big 12 was formed 10 years ago, a new set of rules were put in place. Nebraska wanted unlimited partial qualifiers — players who did not meet either minimum grade-point average or standardized test score requirements. Texas was against such a rule and was prepared to join the Pacific 10 or Big Ten if Nebraska got its way. The Longhorns won, and because of that, the Cornhuskers went from mythical to mediocre in the new superconference. ... And this terrific story out of Texas: Longhorn quarterback Colt McCoy is being credited with helping to save the life of a seizure victim last month. ... Nebraska is installing a new video screen in Memorial Stadium. ... The Big 12 appears to have a backup plan should the financially strapped Houston Bowl cease operations. Officials from the Poinsettia Bowl want to talk with the league about establishing an affiliation if the situation in Houston collapses (some registration).
Posted by dawizofodds at 2:39 AM

I think you can link our recent downturn to Frank Solich's lack of success recruiting top talent. Granted he was following a legend in Tom Osborne, which would be hard for anyone. But it was clear that during his rein as head coach, we weren't pulling in the talent we were used to.

Thankfully, Callahan has turned that around, pulling in top 10 recruiting classes every year. Hopefully we are on the way back up.

That'd be one reason, but not THE reason. Solich was not bringing near enough talent to keep the train rolling. He rode Crouch for a few years and then things just collapsed. Hopefully that won't happen again, although I'd take it if it meant we just had another run like '93-'97.