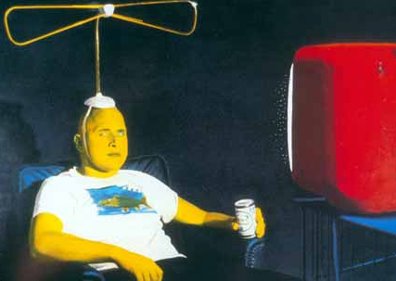 The landscape of televised college athletics will be forever changed Wednesday when the Big Ten announces the creation of its own network. The Chicago Tribune reports that the conference will partner with DirecTV in forming the Big Ten Channel, which will debut in 2007. Although we don't know all the specifics, this is a landmark move when you consider the financial possibilities. First, the conference's deal with ABC/ESPN — said to be worth up to $50 million a year — is set to expire in June 2007. Although ABC/ESPN reportedly will remain the exclusive carrier of some signature events such as Michigan-Ohio State football and high-profile basketball games, the conference plans to take lower-profile games and minor sports to the Big Ten Channel. ... Word first leaked about the plan last week when Michael Gartner, a former president of NBC News and current president of the Iowa State Board of Regents, told the Cedar Rapids Gazette that he had talked to Big Ten commissioner Jim Delany about the creation of the channel (our link from last week, story at bottom). So what does this mean to the rest of the college world and to you, the viewer? Expect other conferences to follow the Big Ten's bold move, and follow quickly. And expect to reach deeper into your wallet to watch events on TV. After all, the Big Ten isn't doing this to save you money (some registration). And thanks to reader Kevin for his help on this one!
Posted by dawizofodds at 2:46 AM

This is huge. All of the conferences will look to see how the B10 does with this. If they make any money at all, the other conferences will follow. Or, in Phil Steele speak. This VHT network (PS#1TV) will enable B10 to hold up against others.

This should be fantastic for the non-revenue sports. I wonder how much time will elapse before the Big Ten starts moving more of its prime football and men's basketball games off of ABC/ESPN (and CBS for basketball) to their own network, though. The NFL Network, which was created in a similar manner with DirecTV, is getting regular season NFL games next year. Even in an environment where NFL football generates the highest TV rights fees of any sport (or any type of television programming, for that matter), the NFL felt it made enough economic sense to forego huge network rights fees in order take those games to their in-house network. I can imagine that the Big Ten will do the same thing in future.